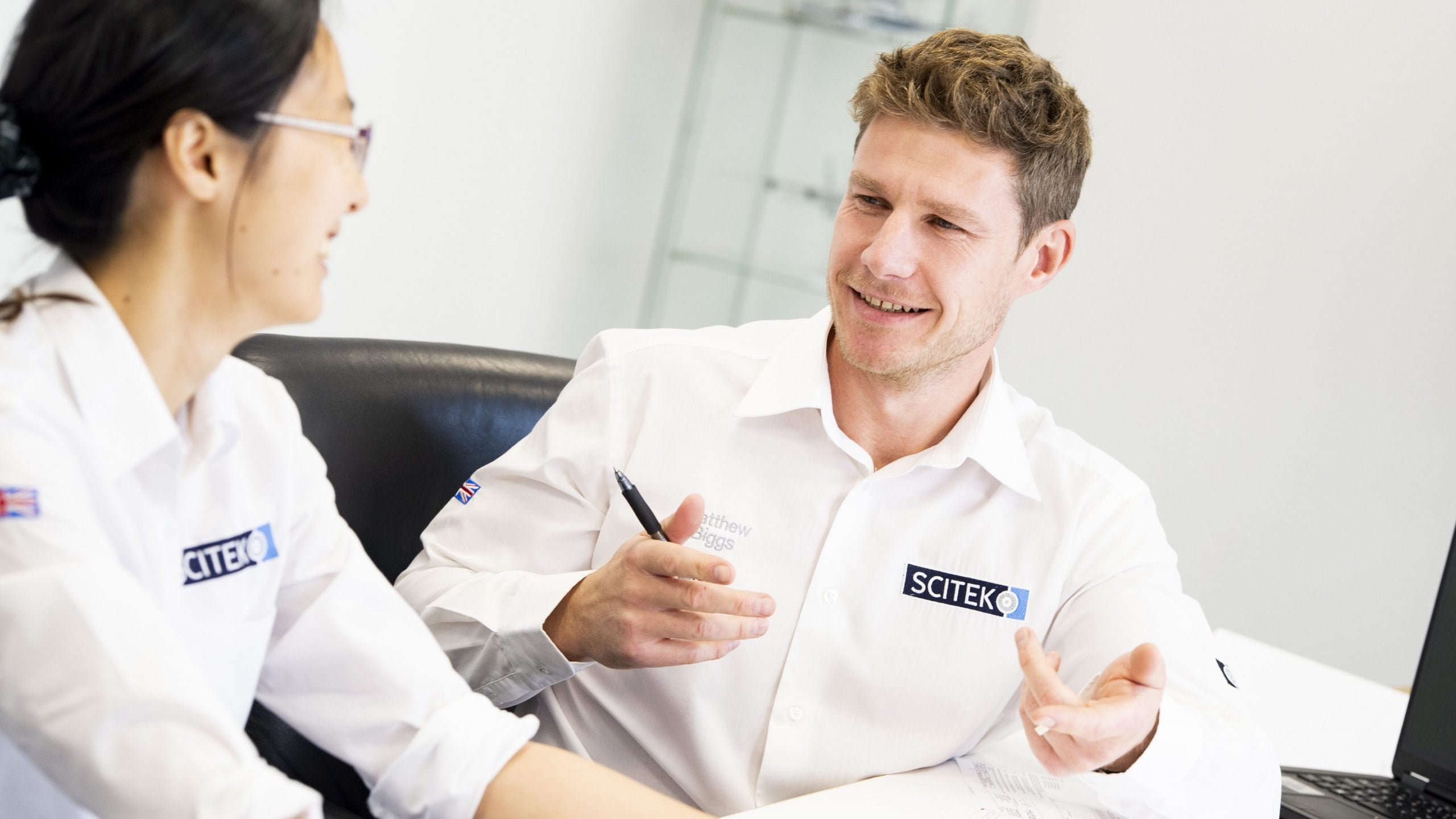 The company is growing to meet increased demand within the UK and from abroad and we need to recruit experienced and highly motivated engineers.

To find out more about the available positions, please visit our careers page now. 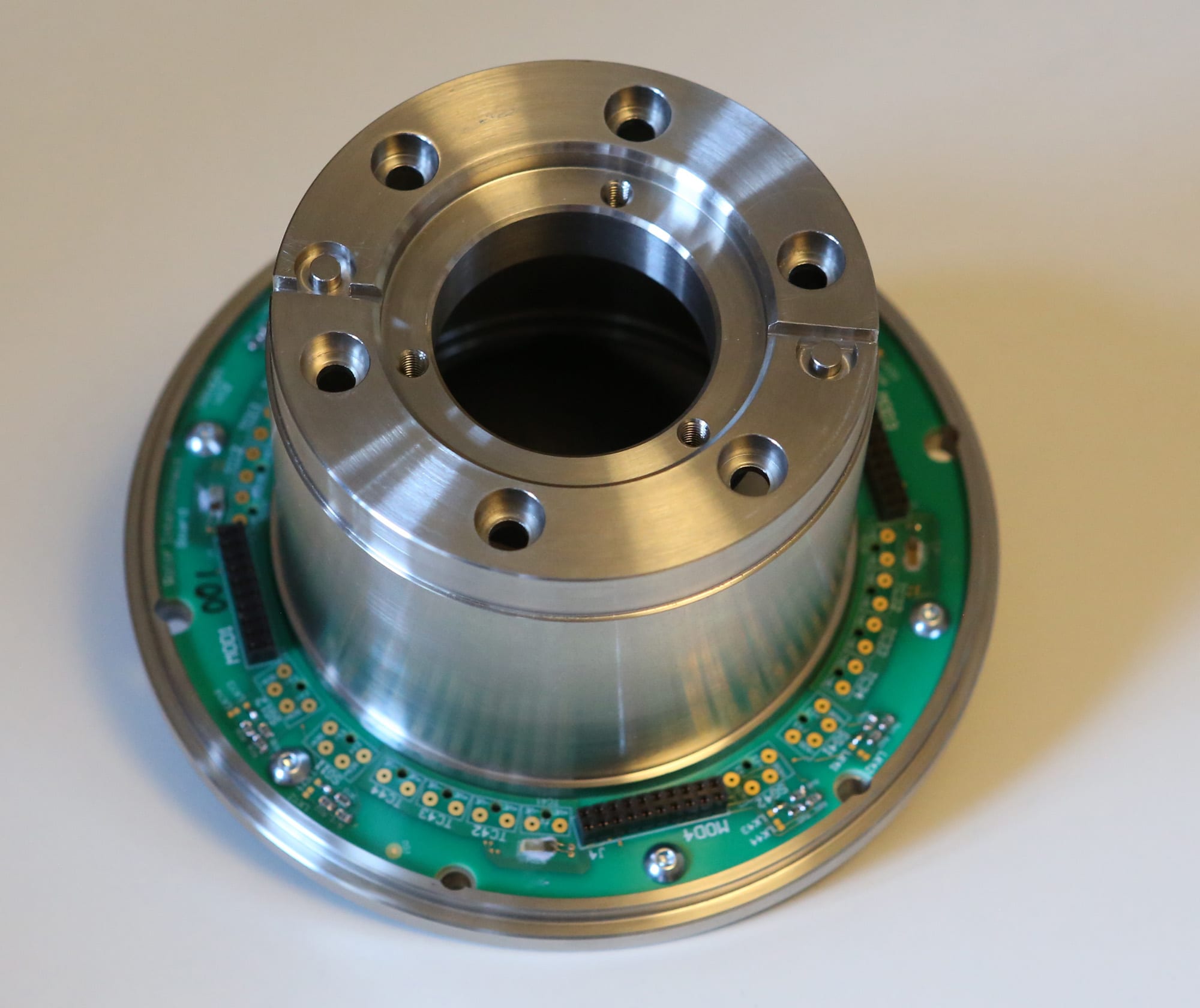 Over the past year, SCITEK Consultants Ltd. and TBG Solutions Ltd have been working on a prototype for an exciting new product: an Enhanced Software Defined Telemetry (ESDT) system for ground and flight testing. This new project forms part of an Aerospace Technology Institute (ATI) funded collaborative R&D programme.

The Enhanced Software Defined Telemetry system provides a superior solution in that its parameters are defined in software and can thus be changed to provide enhanced performance or for re-purposing the system to suit new requirements.

What’s more, the project aims to push the capability of the ESDT system well beyond what was originally conceived in order to achieve at least a four-fold increase in data rate transfer compared to the original analogue systems.

The prototype system will first be demonstrated on SCITEK’s Honeywell ALF 502 engine.

For more information on the system you can get in contact with SCITEK or TBG Solutions Ltd using the contact details below. 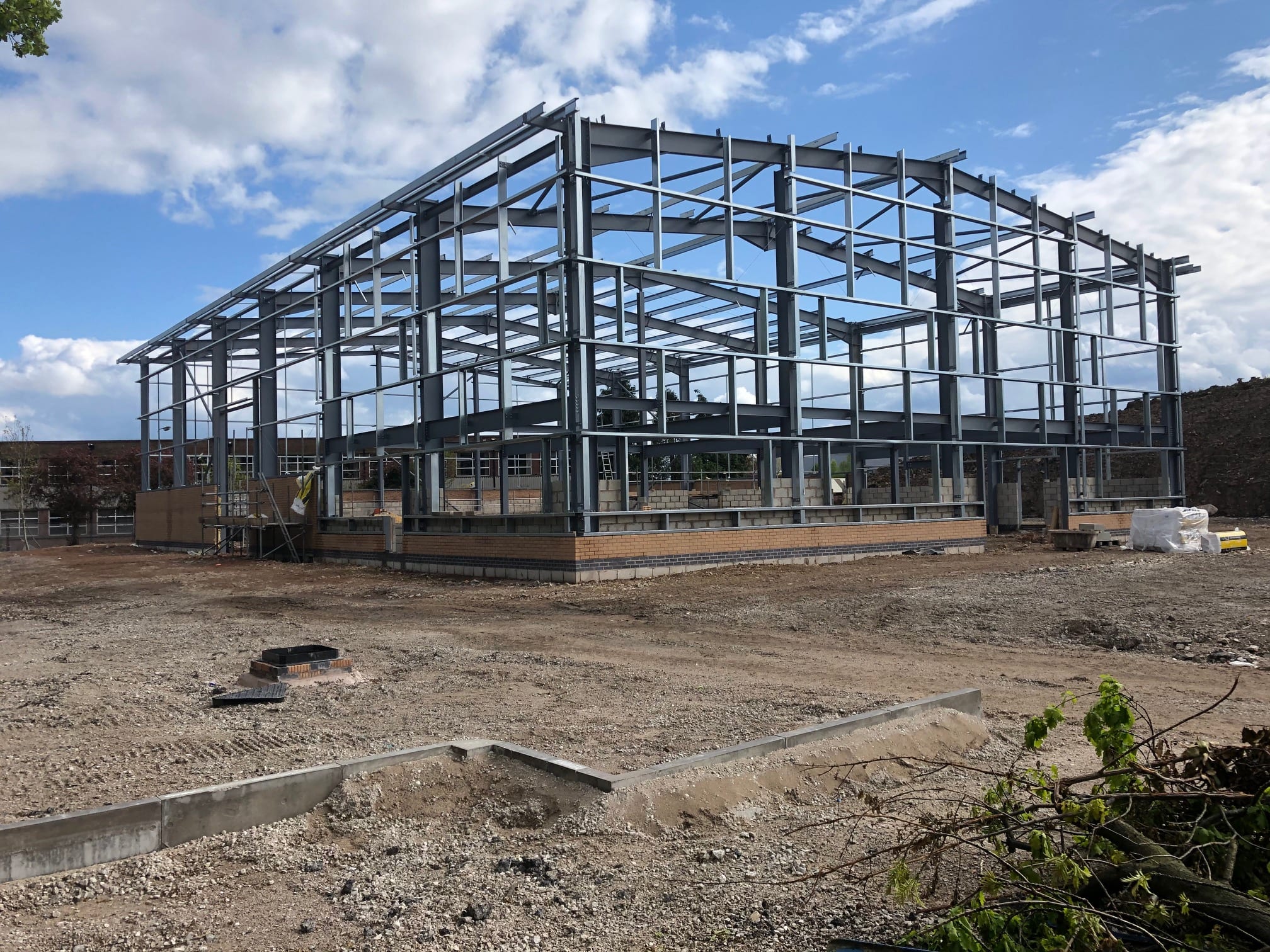 It is great to see the build of our new facility at Victory Road in Derby progressing!

We are looking forward to using the extra space to expand our in-house testing facilities for our customers such as vibration, gas turbine blade fatigue testing and spray characterisation. 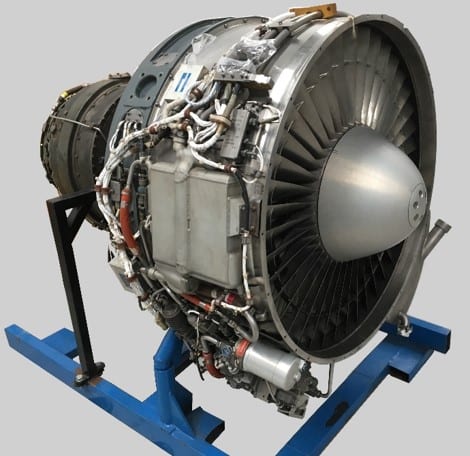 Find out more in our abstract below. Author: Marios Christodoulou

We live in a world of connectivity, with mobile phones and other personal devices equipped with instrumentation that can record our everyday activities generating a large amount of data and statistics that help us (or otherwise) know more about our daily actions and health. Sophisticated sensors have become smaller, cheaper and are built in to everyday gadgets. The use of new and innovative instrumentation has not greatly increased in gas turbine engines partly because the operating environment is harsh and also due to difficulty in convincing engine manufacturers to try out new sensors on their engines. Engine manufacturers want to buy new technologies in a fully developed state. However, this requires many cycles of testing on GTs leading to a catch 22 situation and in effect stifles innovation.

Including new sensors that are at TRL4 in a GT development programme is not attractive and not a high priority during engine development as engine manufacturers face other more challenging technological and financial pressures. Typically, a new engine is developed every ten years with the development time lasting five years. For sensor manufacturers, this is too long and costly which only provides them with an opportunity to try a new sensor on an engine every ten years. This greatly discourages innovation and the proof is the limited number and type of sensors currently installed on flying engines.

There is clearly a need for a facility that is independent of OEMs using low cost retired engines as a platform for innovative technologies to be developed and tested to TRL7. Such a facility will be significantly more cost-effective, offering sensor companies lower development costs and a significant reduction in the development time of their products. It will also have the added advantage of providing experience and training to non-aerospace companies to adapt mainstream products for use in aerospace which will encourage innovation.

SCITEK is already in the process of establishing this facility using a small geared turbofan engine which will initially be used as part of an ATI funded project starting in June/July 2019, to develop an innovative telemetry product. This engine facility will also be made available to other companies for the demonstration and development of new technologies. Other types of engines, smaller and bigger can also be used in the future. Hands on training courses to aspiring aerospace engineers will also be offered as part of the service, either as part of a university course, or to employees of engine OEMs where it is more difficult to get hands on engine experience.

SCITEK considers that such a facility will facilitate a step change in the development of new and innovative technologies of benefit to the GT community.

Email Marios at marios@scitekconsultants.co.uk to find out more about our Gas Turbine facility. 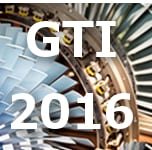 SCITEK are thrilled to announce that they will be attending and presenting at this year’s EVI-GTI Conference on Gas Turbine Instrumentation, held in Berlin on the 26th-29th of September 2016.

The programme features technical contributions from leading industry names from across the globe and offers unrivalled opportunities to hear the latest research and trends in gas turbine instrumentation and measurement. New innovations, new techniques and new concepts are all at the forefront of this highly anticipated conference programme.

Who can you expect to hear from?

There is a packed programme at GTI 2016 spanning 3 full days, including technical sessions delivered by representatives from:

SCITEK has been awarded accreditation from Safecontractor for its commitment to achieving excellence in health and safety.

The company’s application for Safecontractor accreditation was driven by the need for a uniform standard across the business. 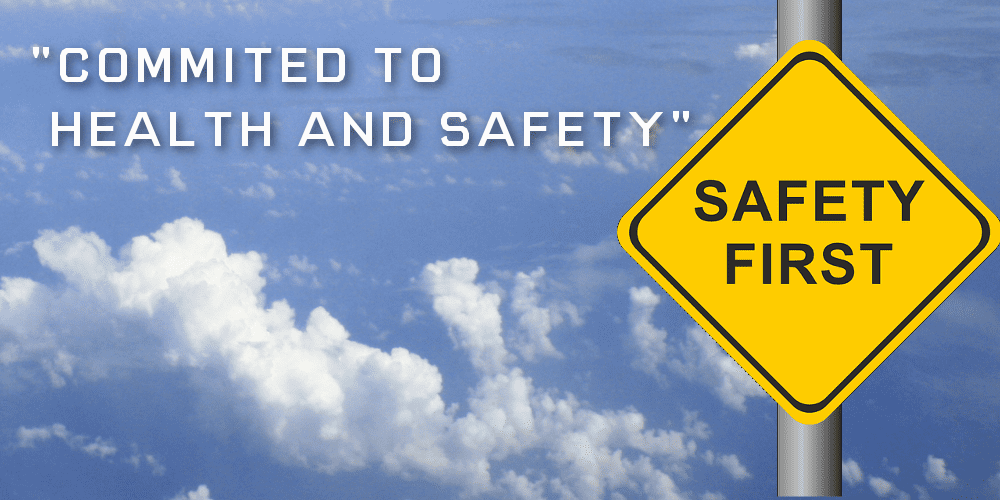 John Kinge, technical director of Safecontractor said, “Major organisations simply cannot afford to run the risk of employing contractors who are not able to prove that they have sound health and safety policies in place.”

“More companies need to understand the importance of adopting good risk management in the way that SCITEK has done. The firm’s high standard has set an example which hopefully will be followed by other companies within the sector.

Safecontractor plays a vital role in supporting our clients in meeting their compliance needs, whilst working with their contractors as they progress through the accreditation process.”

Under the Safecontractor scheme, businesses undergo a vetting process which examines health and safety procedures and their track record for safe practice. Those companies meeting the high standard are included on a database, which is accessible to registered users only via a website.

Over 210 major, nation-wide businesses, from several key sectors, have signed up to use the scheme when selecting contractors for services. 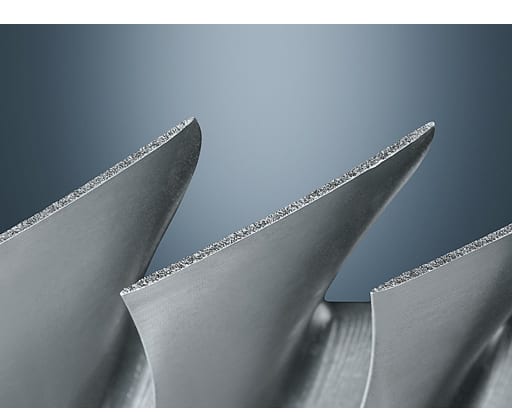 SCITEK were delighted to have given a presentation at this year’s NIDAYS on its commercially available Airjet Exciter system, which determines the fatigue life of Aero Engine Blades.

To give you a bit of background, Engine manufacturers need to know the fatigue life of every type of blade in their engine. This is effectively the weakest link as it is the component with the shortest life. 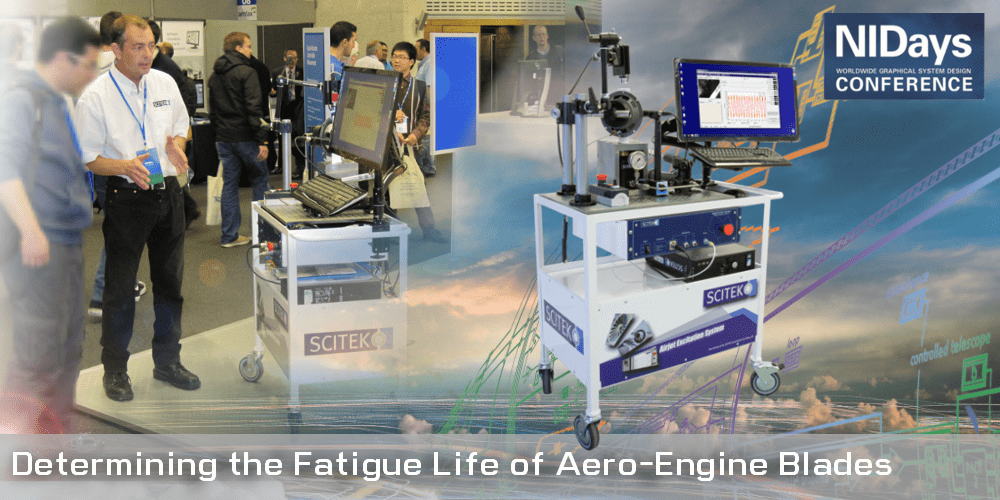 There is therefore a requirement for a system that can accurately measure the number of cycles before a blade fatigues, and that is exactly what our Airjet Exciter system does.

A copy of the presentation given at NIDAYS can be viewed below:

To find out more about our commercially available Airjet Exciter system please get in touch. 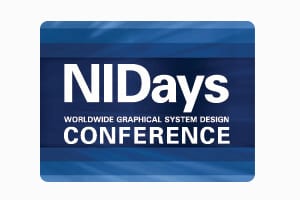 SCITEK will be giving a presentation on Determining the Fatigue Life of Aero-Engine Blades using their Airjet Exciter System at this year’s National Instruments Conference in November.

This annual technical conference and exhibition will bring together more than 600 engineers, scientists and educators representing a spectrum of industries, from automotive and telecommunications to robotics and energy.

It will provide an excellent opportunity to learn about the latest technology to accelerate productivity for software-defined systems in test, measurement and control.

Come and visit our stand to discuss your engineering challenges. 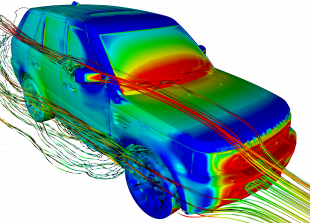 The show will bring together 1000s of FEA, Design, Stress, CFD and Structural engineers across a wide range of disciplines and industrial sectors who share a professional interest in the use of engineering simulation software. The show will offer a unique opportunity for software developers and VARs to engage with this audience to promote software and identify new potential business possibilities. It will also allow your business to showcase new product and service development, and to demonstrate how these platforms solve the most challenging engineering problems. 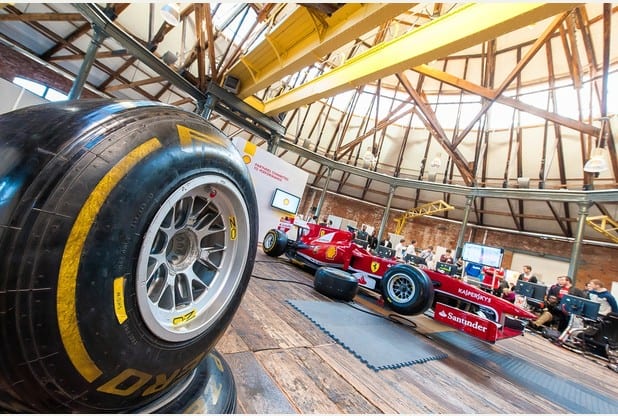 The event will attract a broad engineering audience from small consultancies through to large engineering OEMs who have an interest in the simulation field, and will provide a unique opportunity for organisations involved in the creation of, practical application of and training in these techniques.

Come and visit our stand to discuss your engineering challenges.